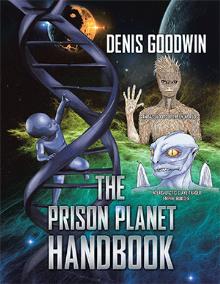 Who are we, and where did we come from? When we turn to the information provided to us, we find a mud pool of possibilities. Is this intended to subvert our built-in guidance systems? We also discover that people who are adept at researching big-picture science are offered special jobs conditional on being sworn to secrecy. What is behind this strategy? Sometimes, the reality prescribed to us doesn’t fit with or explain what we experience. So if you too know something is not quite right, wonder what else is out there, what the bigger picture is, who benefits with us excluded from it, and are ready for changes on earth, the bottom line is here.

Ten Revealments (Or perhaps, The Whistleblowers Prayer)
1. There is a massive unexplained chasm in our history involving the demise of the Dinosaurs
and humans on this planet acquiring a reptile brain stem. They call this the ancient brain but we know interbreeding doesn’t cause a specific anomaly in all races. We have snippets from
the past that the Reptilian Beings worshipped the sun, s-u-n and Adam and Eve were dealing with a serpent in the Garden of Eden but the effort put into holding us to an Earth and physical only reality for thousands of years suggests it is, for some reason, forbidden territory.

2. It is fairly clear there are two different mind patterns in play on the planet. We are familiar
with the all men are created equal Human one with the inbuilt guidance – emotions, inhibitions and conscience.

3. The ruling one operates along different lines relying on hierarchy, rituals, symbolism and
pageantry. It is coming out with the pedophilia in the US that they call themselves Satanists and worship Lucifer. The only people capable of staging a world war would be the rulers of the planet and it is reasonable to assume that people happy about doing it more than once would have cold blooded mind pattern and a cold blooded agenda.

4. Montauk Project survivor Stewart Swerdlow’s Hidden History video fills in the blanks, has
flow charts for the colonising of this solar system from other parts of the galaxy, explains why and how the genetic mix came about and makes it clear we have a parasite that is controlling our information and planet. This makes it clear that the missing link in our history is being deliberately hidden.

5. Mentioning Reptiles always draws a negative response. Is this because of genetic memory?
But there is a bigger problem holding us back. The mental discomfort we feel when our beliefs are challenged is called cognitive dissonance. Life appears to be about learning and we seem to be the ultimate information sponges so when we are selectively informed we become programmed. So raising our true history that explains the anomalies in our genetics and solar system we hit this programmed wall of cognitive dissonance. Deprogramming involves the slow tedious hassle of going through the grieving process. The first response is denial which is followed by anger. The bargaining, depression and acceptance that follow are likely to happen over a more extended period.

6. What is also being hidden is how the universe works. There are different levels of reality
occupying the same space and each level sustains the one above. The spirit word traipsed continually through church proceedings hints at the different levels but the one word cover story – heaven, cuts them off. Animals, plants and insects are below us and the emotional energy we give off sustains the spirit level above us. The spirit form of the reptiles live off and crave fear that we are not keen on sharing so they have to create events that deliver it – wars terrorism etc. The psychic stuff is the spiritual evidence they have been scaring us away from with witch hunts and evil spirits.

7. In the genetic mix the Blue Bloods have 50/50 Human/Reptile genetics with Reptile mind
pattern. As mind pattern controls DNA they have to ingest Human blood and hormones to maintain Human form. With not having inbuilt guidance they don’t give off emotional energy so they have a need based agenda to control and exploit us. The dinosaurs were their farm animals so with their demise and the genetic mix we have become their farm animals and slaves. We also convert physical food to spirit food for both sides in the spirit world, so they don’t want us to understand how everything works either.

8. The New World Order the Global Elite are pushing is for a borderless communist planet. This
was probably underway 100 years ago with the drive for a League of Nations using their problem, reaction, solution scam. From the Human perspective of self-sufficiency, could there be anything more loony?

9. An official announcement isn’t going to happen as criminals don’t do that sort of thing.
Especially when the criminality is as huge as what the Blue Bloods are responsible for. The destiny of the planet is what is at stake here and we have to earn the right to take control of

10. Hiding our true history has been hiding our parasite. If we don’t understand our past we will
never be up with the play. Information that was never available to our parents is now available to us. The time has come to leave beliefs and having faith behind and take the step into knowledge and understanding. We now have a duty to not only grow up and inform ourselves but also to bring an end to the stupidity for the sake of the following generations.