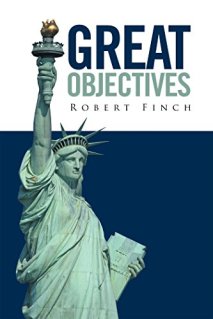 In his book Utilitarianism, John Stuart Mill refers to the great objects of human life. We may assume that that what Mill calls an object is the same as an objective in modern parlance. The examples of great objectives that Mill cites include power, fame, and money. One wonders how seriously Mill was actually endorsing such aims to be the overarching objectives of living or whether he was simply expressing his finding that many people actually do take such aims as these for life. The contention is that Mill was indeed recognizing that people do choose such goals in life. After all, happiness has been recognized as an objective of life at least since the time of Aristotle, and virtue has a similarly ancient pedigree. It is quite common for ordinary people to adopt such mottos as “Healthy, wealthy, and wise” as aims for life. But we know that having more than one such value can lead to conflicts. This had been a concern to Sidgwick as well as other nineteenth-century moralists. A resolution to the problem was found by the time of the twentieth century, when it was realized that we should not try to achieve definite objectives, but instead look to some other procedure, such as a variety of evolution, to shape our objectives. In that case, we make plans and evaluate them, as we proceed. We should use our values, as Dewey recommended, for guideposts. The book discusses the methods of arriving at such plans and weighs some of the ethical and moral problems an individual or a society might face at the present time.

Robert Finch is the author of five collections of essays and co-editor of The Norton Book of Nature Writing. He broadcasts a weekly commentary on NPR and serves on the faculty of the MFA in Writing Program at Spalding University in Louisville, KY. He lives in Wellfleet, MA.